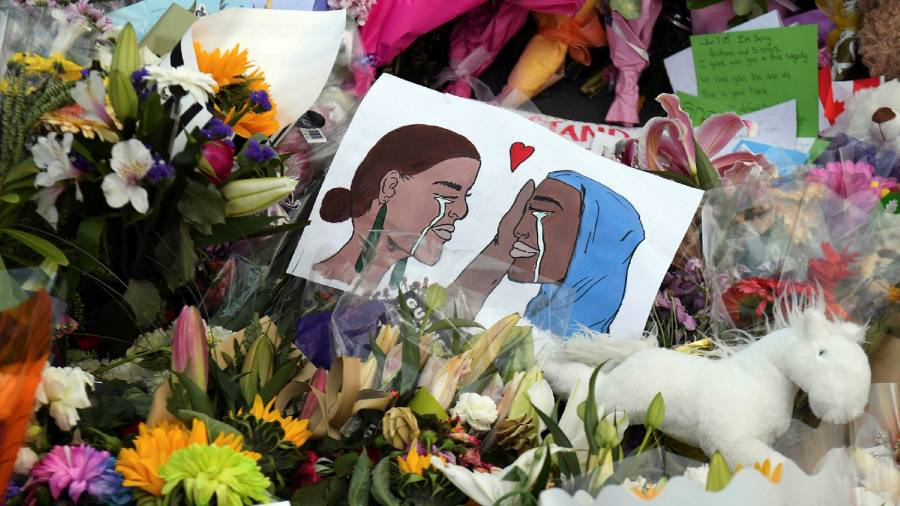 Large investors in New Zealand are urging Facebook, Google and Twitter to take more action in dealing with violent or extremist content published on their platforms after video footage of the terror attacks in Christchurch was uploaded online.

The suspected Christchurch shooter posted a manifesto on Facebook and broadcast what appeared to be live footage of the attack, which left 50 people dead at two mosques, on the social media site. The video spread to other sites including Twitter and YouTube, which is owned by Google.

“These companies’ social licence to operate has been severely damaged,” said Matt Whineray, chief executive of NZ Super Fund. “An urgent remedy to this problem is required.”

The move is the latest example of investors joining forces to hold companies to account on a range of ethical issues, from human rights to labour rights and gun control.

Each of the five investors has holdings in Alphabet, the parent of Google, and Facebook. NZ Super Fund, the NZ$37.4bn sovereign wealth fund, also has a stake in Twitter.

The group will ask the companies for more details on how they monitor and censor “objectionable and extremist content”, such as material that incites violence, their policies on user accounts sharing such content and whether they have underinvested in safety measures such as recruiting human moderators to strip out offensive footage or messages.

They will also query whether the companies can make it easier for law enforcement and security services to monitor extremist activity and how they would comply with tighter regulation of their activities.

He added the investors, which are all public bodies, were examining whether the companies had breached New Zealand laws or regulations.

“Our responsible investment decisions are guided by New Zealand law and major policy positions of the New Zealand government,” he said.

The massacre in New Zealand has raised fresh questions over the ability of social media and internet groups to contain violent footage.

Facebook has been criticised for Facebook Live, its online broadcasting tool, which has been used to stream live and uncensored footage of police shootings and suicides. Isis and other extremist groups have used YouTube and Facebook to spread propaganda, including graphic footage of executions.

The chief executives of three of New Zealand’s biggest broadband providers have called on their counterparts at Facebook, Twitter, and Google to take part in talks “at an industry and New Zealand government level” to address the issue.

“Content sharing platforms have a duty of care to proactively monitor for harmful content,” said Vodafone NZ, Spark and 2degrees in an open letter to Facebook’s Mark Zuckerberg, Twitter’s Jack Dorsey and Sundar Pichai of Google.

Facebook said it removed the attacker’s original video, which was viewed about 4,000 times on the site, within minutes of being contacted by the New Zealand police. In the 24 hours after the attack it removed about 300,000 reposted videos and blocked more than 1.2m attempts to upload it.

“We continue to work around the clock to prevent this content from appearing on our site, using a combination of technology and people,” said Chris Sonderby, deputy general counsel.

YouTube has removed tens of thousands of videos as well as closing hundreds of accounts that promoted the shooter, a spokeswoman said. “Our teams are continuing to work around the clock to prevent violent and graphic content from spreading, we know there is much more work to do.”

The video footage has also caused tension between New Zealand and Turkey after President Recep Tayyip Erdogan showed partially blurred video filmed by the attacker at several rallies ahead of local elections.