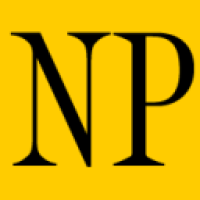 VANCOUVER — Coastal GasLink must submit a notice of construction at least 48 hours before it starts work under its permit to build a pipeline that is opposed by some members of the Wet’suwet’en First Nation, the B.C. Oil and Gas Commission said.

The commission has warned the Calgary-based company after it received complaints from the Office of the Wet’suwet’en that alleged that Coastal GasLink engaged in construction without an archaeological impact assessment and also destroyed traplines and tents.

“There is no consultation with us,” he said.

The ideal step would be to go back to the drawing board and talk to the proper rights and titles holders, he said, adding that it should be the province and federal governments consulting with the Indigenous people, not industry.

In another statement the commission said the archaeological assessment report was reviewed and accepted by the province’s archaeology branch in September 2016, and that Coastal GasLink has met the requirements of its permit.

Wet’suwet’en hereditary chiefs oppose the pipeline, setting the stage for the arrests of 14 people at a blockade last month as RCMP enforced a court injunction obtained by Coastal GasLink.

On Thursday, the provincial government said it is undertaking a process with the Office of the Wet’suwet’en focused on First Nation’s title, rights, laws and traditional governance throughout their territory.

Na’Moks said reconciliation should be led by the Indigenous people and not by industry or an elected official.